(Due to cancellations Philippa Hyde, soprano and Ben Davies, baritone jumped in to save the day) 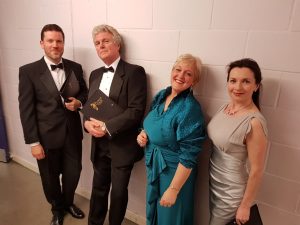 “Thank you SO much for all your hard work to find such fantastic soloists for our concert in Crawley on Saturday. The ensemble they struck as a quartet was really beautiful…..” Sam Hayes, Conductor