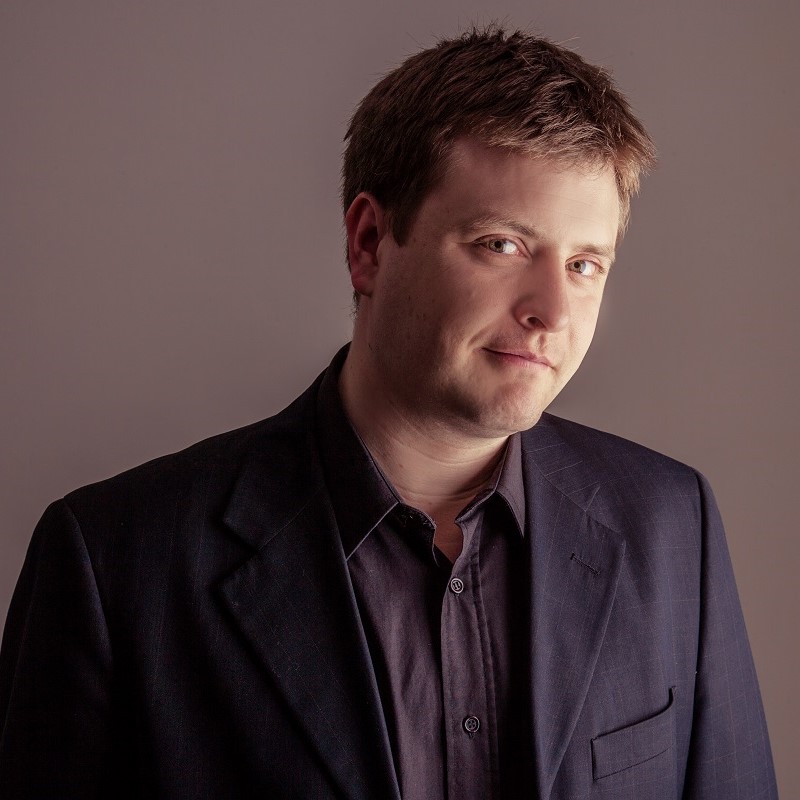 Born in Halifax in 1977, Countertenor Tom Williams is a former Chorister of Ripon Cathedral, Music Scholar at Uppingham Scholar and Senior Choral Scholar of King’s College in Cambridge. Whilst at King’s he directed Collegium Regale, the ensemble formed of the Choral Scholars alone and toured in Europe, Australia, North America and the Far East with them and the main choir.

For the last twenty years or so he has worked as a freelance singer, conductor and singing teacher. He is a core member of the acclaimed EXAUDI Vocal Ensemble, one of only a few vocal groups to specialise in the performance of cutting-edge contemporary music. With EXAUDI, he has performed in many of Europe’s top concert venues, working with instrumental ensembles such as Ensemble Intercontemporain, Musik Fabrik, Talea, BCMG and London Sinfonietta. He has also been involved in projects working with leading living composers such as Wolfgang Rihm, Salvatore Sciarrino, Beat Furrer, Gerard Pesson, Stefano Gervasoni and Michael Finnissy. Aside from the world of new music, he sang as a regular member of Stephen Layton’s choir Polyphony, taking part in iconic recordings of works by Whitacre, Lauridsen and Esenvalds. He has also sung for the Hanover Band and The Choir of the Enlightenment and for over fifteen years has been a Choirman of the Temple Church. As a soloist with the choir, he has appeared on live broadcast for BBC Radio 3 and on various discs for the Signum label.

As an independent soloist he enjoys concerts from Hull and Colwyn Bay to Paris and Dortmund. Tom lives in Leicester, where he is the proud Director of Leicestershire Chorale, a celebrated chamber choir of professional and gifted amateur musicians, with a wide age profile including teenage choral scholars and distinguished octogenarians. He also very much enjoys his work as a Visiting Singing Teacher at Uppingham and Oundle Schools.

For oratorio, recital and concert repertoire please scroll down: