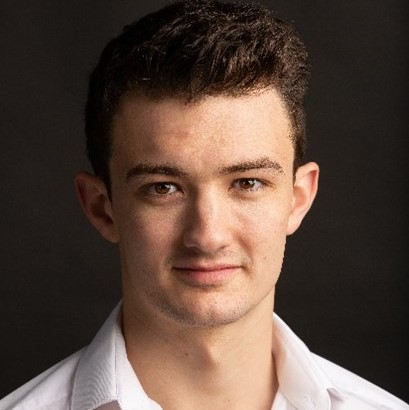 Tom Lilburn is a 27-year-old countertenor in his second year on the Master of Performance course at the Royal College of Music, where he is an Ian Evans Lombe scholar and studies with Sally Burgess. In his first year at RCM Tom sang Unulfo in Handel’s Rodelinda, the summer term opera. In Opera Scenes he has sung roles as Refugee in Dove’s Flight, Oberon in Britten’s A Midsummer Night’s Dream, Didymus in Handel’s Theodora and Boy/Angel in Benjamin’s Written on Skin. In July of this year he will sing Refugee in Flight, the summer opera at RCM. He has been coached by Bryan Evans and Nancy Cooley whilst at the Royal College.

Tom is also a Lay Clerk at St George’s Chapel, Windsor Castle, and in April 2021 he was one of four singers at the funeral of The Duke of Edinburgh. Tom graduated in 2016 in Natural Sciences from St John’s College, Cambridge, where he was a choral scholar. With Cambridge University Opera Society he sang Athamas in Handel’s Semele and Hamor in Jephtha.

An experienced oratorio performer, recent performances include Handel’s Messiah and Ode for the Birthday of Queen Anne, Bach’s St. John Passion, Mass in B Minor and Magnificat, Bernstein’s Chichester Psalms, Carissimi’s Jepthe and Purcell’s Yorkshire Feast Song.  In December 2022, Tom made his debut with Coventry Cathedral Chorus for Music Director, Paul Leddington Wright’s final concert with the choir in Messiah where he jumped in with hours to spare.

Tom has also worked with esteemed consorts including Tenebrae, The Sixteen, The Binchois Consort and ORA. He is supported by The Josephine Baker Trust, and his studies at college are generously aided by The Charlotte Fraser Foundation.

For concert repertoire please scroll down