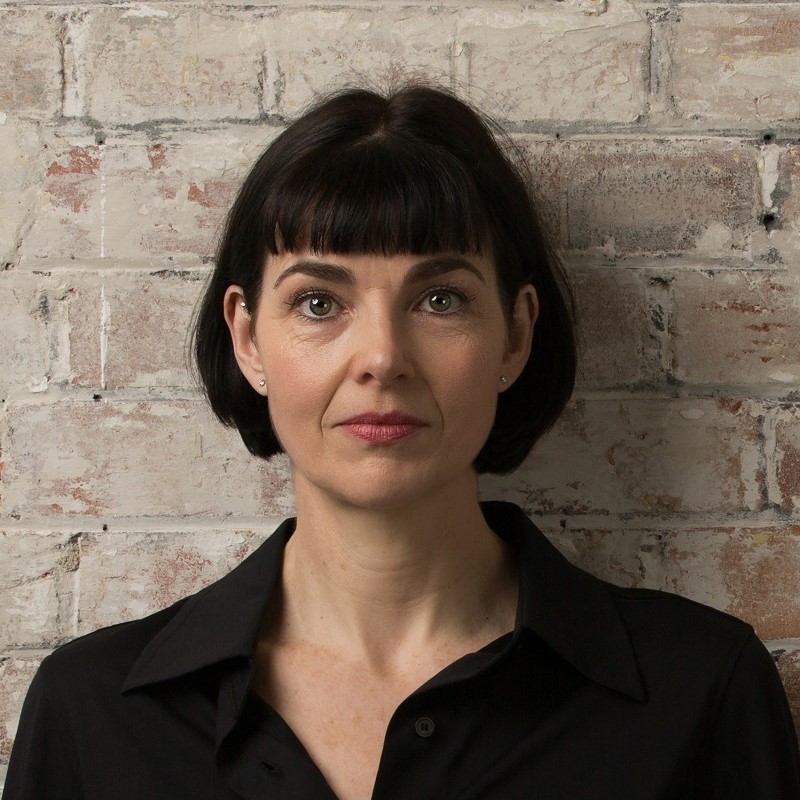 McCaldin herself was magnetic, holding her audience within her power absolutely. Brittle and difficult to like, she shattered herself by the end into fragments of a woman who, we believed, might yet rebuild herself in softer, warmer form. McCaldin's coolness, her careful deployment of vocal colour-now breathy-conspiratorial, now exaggerated and mocking, now finding tone flngertip-soft for a lullaby for the phantom baby Mary would never give birth to-cut against the score's more indulgent instincts, briskly unsentimental to the end.

At the centre of it all, holding the stage with girlish, flickering fingers and a pitiless thrust of the chin is mezzo-soprano Clare McCaldin’s Mary. McCaldin is an outstanding singer and actress, catching and shaping the shifting moods of a show whose episodic, aleatoric structure mirrors the eddying political currents of this most uncertain period in English history.

"From the first moment, Clare McCaldin lived within, and drew us into, the atmosphere, the emotion and the meaning of each song. She was in command of a natural, ringing voice of great range of pitch, tone and dynamics, always at the service of the music. Gesture and expression of a natural actor were integral to the interpretation." Howard Layfield reviewing Hexham Abbey Festival recital

"McCaldin gave a remarkable performance. Remarkable perhaps because in its complete identification with Vivienne and its intensity she made you forget that this was sung at all and the work became simply drama of the most involving kind."

"This year Tête à Tête has found a treasure in Vivienne – a monologue-opera for mezzo and piano by Stephen McNeff… The work was elegantly performed by Clare McCaldin and pianist Elizabeth Burgess and deserves a rich concert life after this."

"Clare McCaldin shows how she is able to shape and control her voice to draw so much from each song, following the subtle nuances of each text to deliver the most remarkable performances"

"This is a powerful disc, and McCaldin demonstrates the wide range and adaptability of her voice across such a broad range of repertoire, but it is in Vivienne that her dramatic abilities are most impressively in evidence."

"Clare McCaldin brought huge personality, colour and vivacity to her solos... She was a joy to both watch and to listen to, demonstrating tremendous engagement with the audience."

Clare McCaldin is a lyric mezzo-soprano of outstanding quality on the dramatic stage and concert platform. She is a powerful creative influence, as an interpreter of existing repertoire or commissioning and premiering new music.

Clare enjoys a busy concert schedule. In oratorio repertoire she has appeared with the Academy of Ancient Music, Philharmonia Orchestra, Die Kölner Akademie, the Northern Sinfonia, the choir of King’s College, Cambridge, The Three Choirs Festival, Barokksolistene, the Orchestra of the Golden Age, English Symphony Orchestra and the Northern Chamber Orchestra. She made her solo debut at the 2012 BBC Proms in Debussy’s The Martyrdom of St Sebastian with the BBCSO/Knussen, which also opened the 2014 Edinburgh International Festival. Clare is increasingly in demand as a chamber musician, working with pianists such as Libby Burgess, Iain Burnside, Andrew West and Paul Turner, the Brodsky Quartet and Berkeley Ensemble, and in baroque work with La Réjouissance and the Le Page Ensemble.

Clare’s discography includes works by Hugh Wood and Ned Rorem as well as a significant body of mezzo-soprano repertoire written especially for her, notably Stephen McNeff’s Madrigali dell’Estate and Vivienne. She has also recorded the role of Miss Tina in Michael Hurd’s The Aspern Papers and Mrs Fairfax/Hannah in John Joubert’s Jane Eyre.

Clare is particularly committed to the promotion and performance of contemporary vocal music. Through her company McCaldin Arts she continues to commission and develop new work, including the lyric monodramas A Voice of One Delight (2011); Vivienne (2013, on TS Eliot’s first wife, ✮✮✮✮✮ The Evening Standard); and Mary’s Hand (2018, on the reputation and life of Queen Mary I, ✮✮✮✮✮ The Independent). Clare has also devised the narrated entertainments Haydn’s London Ladies and Over My Shoulder, which contextualise existing repertoire in new ways.

Clare’s commitment to new work has also taken her into cross-disciplinary areas of performance, with movement-based projects including William Tuckett’s The Wind in the Willows, Pinocchio, and The O Antiphons, a collaboration between choreographer Hubert Essakow & Thomas Hyde. She has performed in The Silver Swan with the Clod Ensemble and a devised project through McCaldin Arts supported by Rambert. She has also collaborated with Dr Toby Young at The Oxford Research Centre in the Humanities and at the Edward Said Business School.