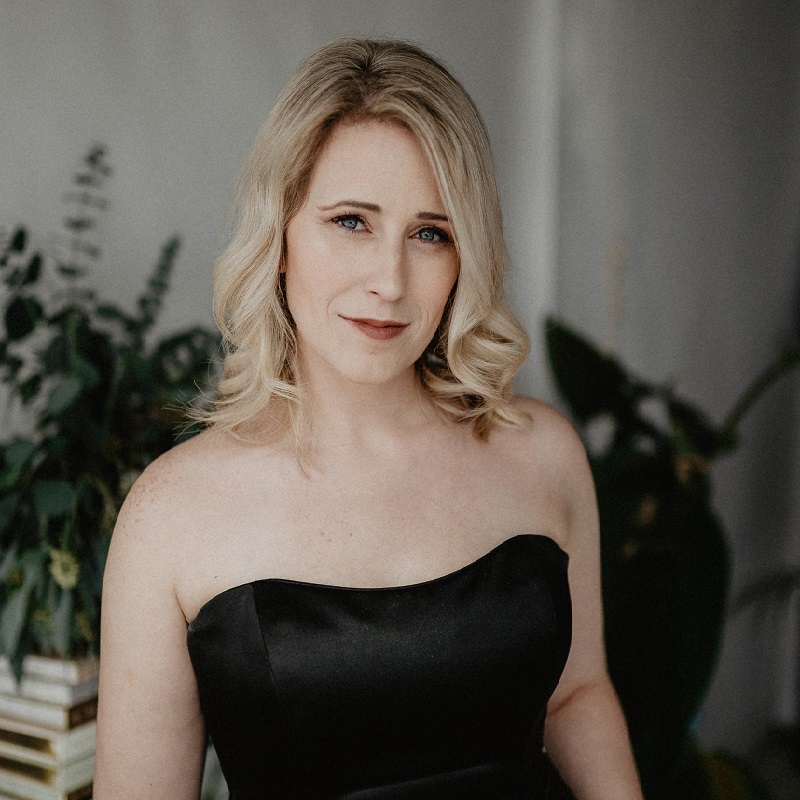 "The Durham Philharmonic Choir and myself always enjoy having Brittany King as guest soloist. Her versatility, musicianship, and preparedness demonstrate a willingness to engage audiences and fellow musicians alike in every performance. Brittany is equally comfortable in the more challenging standard classical repertoire and the lighter fare – with vocal flexibility, sensitivity and range to balance with piano accompaniment or orchestral forces!"

“Brittany King’s soprano voice radiates energy and youthfulness. A charming singer with an engaging personality who excels on the concert as well as the opera stage”.

"Brittany is an extremely versatile musician. She shares with us her musical performances, superb leadership and a big range of repertoire knowledge. She’s a great addition to our music ministry and we are truly grateful for her!”

Canadian Soprano Brittany King is a lyric soprano known for her versatile repertoire in opera, oratorio and concert performances as well as contemporary works. She made her debut with Toronto Operetta Theatre as Pitti-Sing in Gilbert & Sullivans’ The Mikado at the Sony Centre, Toronto. Other roles include Blanche from Poulenc’s Dialogues of the Carmelites, Sister Genovieffa in Puccini’s Suor Angelica (Opera NUOVA & Oshawa Opera) and Despina in Mozart’s Cosi fan Tutte (Opera by Request). Solo symphonic performances include Carmina Burana with Wilfrid Laurier University & MOTUS O Company, Gorecki’s Symphony No.3 with Waterloo Collegiate Institute String Orchestra, and guest soloist during the pre-show at the Manitoba Opera House along with regular appearances with Durham Philharmonic Choir and NUANCE.

An Honours Bachelor of Music graduate from Wilfrid Laurier University in voice performance, Brittany also holds a diploma from the Royal Conservatory of Music in voice and piano and attended the Post-Bachelor Artist Program at the University of Manitoba studying with Tracy Dahl & Monica Huissman. She has also had the pleasure of singing in masterclasses for such artists including tenor and well-known diction coach Nico Castel. In addition, she has had the pleasure of working with well-known Canadian opera directors such as Joel Ivany, Guillermo Silva-Marin and Robert Cooper.

Brittany has also won various competitions throughout Ontario including the Concerto Competition at Laurier, Winner of Junior, Intermediate & Senior Rosebowl in Kiwanis (Oshawa, ON), Keith Knight’s Memorial Scholarship (Kitchener, ON), Scholarship Winner of the Lois Marshall Competition (London, ON) and Winner, Honorable Mention at the Ontario Provincials.

As Brittany continues to be an active performer within the Toronto region, she has also been rediscovering her roots with her family in the United Kingdom with past and upcoming performances and looks forward to pursuing more opportunities abroad.

For oratorio, concert repertoire and operatic roles please scroll down: