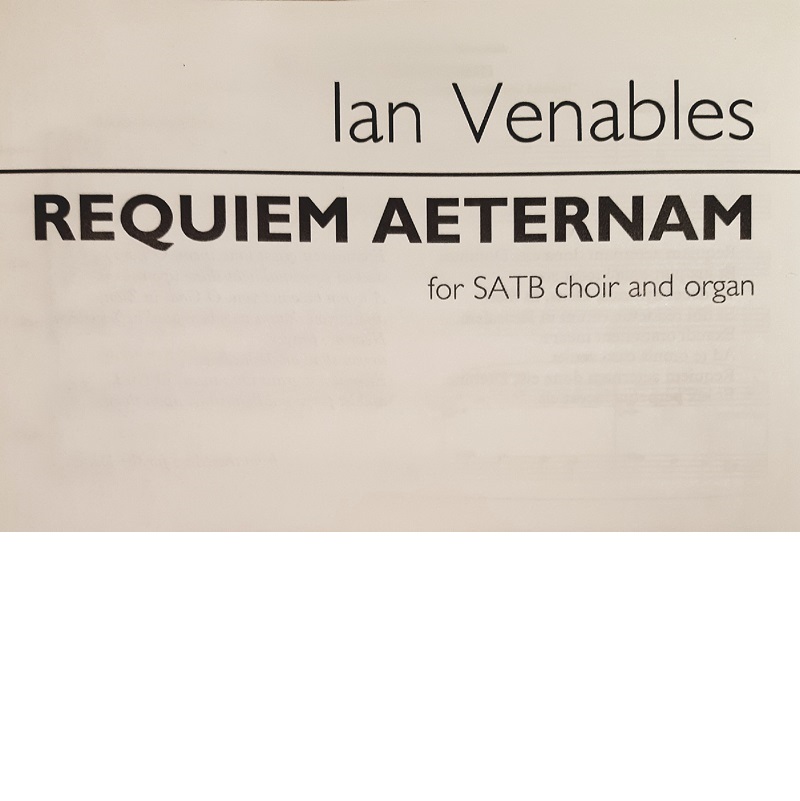 The renowned British Art Song composer, Ian Venables has written his first full scale choral work “Requiem Aeternam” that receives its world premiere in London on 2nd July 2019 with the vocal ensemble EVOKE under the baton of Victoria Ely.  Beautifully composed for the voice, the score for SATB choir and organ is currently available from Novello.  Ian is preparing an orchestral version for reduced orchestra that should be available from the end of 2019.

In the composer’s own words

In the Spring of 2017 I was asked by my friends Bryce and Cynthia Somerville if I would accept a commission to write a Requiem Mass. Initially, I declined their kind offer, feeling that such a large scale commission would be too daunting a creative challenge. However, after further discussions I agreed instead to write a short choral work that could be sung as part of a funeral service. While searching for a suitable text, I chanced upon a copy of the ‘Mass for the Dead’ and after reading the opening lines Requiem aeternam dona eis, Domine, et lux perpetua luceat eis. (Eternal rest grant unto them, O Lord, and let perpetual light shine upon them) something quite unexpected happened: I was struck by an overwhelming desire to set them to music. Thus began an eighteen month journey that would end in a full Requiem. To my great surprise, the music for the Introit came in a rush of inspiration and I completed it with unusual speed. Soon afterwards,  I learned of the death of Doreen Somerville. The commissioners wished for the Introit to be performed as part of their mother’s funeral service and in spite of the sadness of the occasion, they were so moved by the work, that they once again asked me whether I would be to willing to fulfil their original request. Having set the words of the Introit, I felt that something had changed in my attitude towards writing such a large-scale liturgical work and while I was still apprehensive, given the potential comparison with the great requiems of the past, I nevertheless accepted the commission. 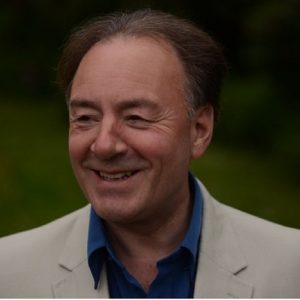 Ian Venables studied composition with Richard Arnell at Trinity College of Music, London and later with John Joubert, Andrew Downes and John Mayer at the Royal Birmingham Conservatoire. His works encompass many genres and he has added significantly to the canon of English art song. Described as ‘Britain’s greatest living composer of art song’ (Musical Opinion) and ‘a song composer as fine as Finzi and Gurney’ (BBC Music Magazine), Ian Venables has written over 60 works in this genre, that includes eight song-cycles: Venetian Songs – Love’s Voice Op.22 (1995); Invite to Eternity Op.31 (1997) for tenor and string quartet; Songs of Eternity and Sorrow Op.36 (2004) for tenor, string quartet and piano; On the Wings of Love Op.38 (2006) for tenor, clarinet and piano; The Pine Boughs Past Music Op.39 (2009) for baritone and piano; Remember This Op.40 (2011) a Cantata for soprano, tenor, string quartet, and piano; The Song of The Severn Op.43 (2013) for baritone, string quartet and piano; and Through These Pale Cold Days Op. 46 (2016) for tenor, viola and piano. Beyond the world of art song he has written many chamber and choral works that include a Piano Quintet Op. 27, a String Quartet Op.32, and Awake, awake, the world is young Op. 34 (2000) for mezzo-soprano, strings, brass, percussion and organ as well as smaller pieces for solo instruments and piano. He is President of the Arthur Bliss Society, a Vice-President of the Gloucester Music Society, Chairman of the Ivor Gurney Society and an Honorary Fellow of Exeter University. His music is published by Novello and Co (Music Sales) and has been recorded on the Regent, Somm, Signum and Naxos labels.