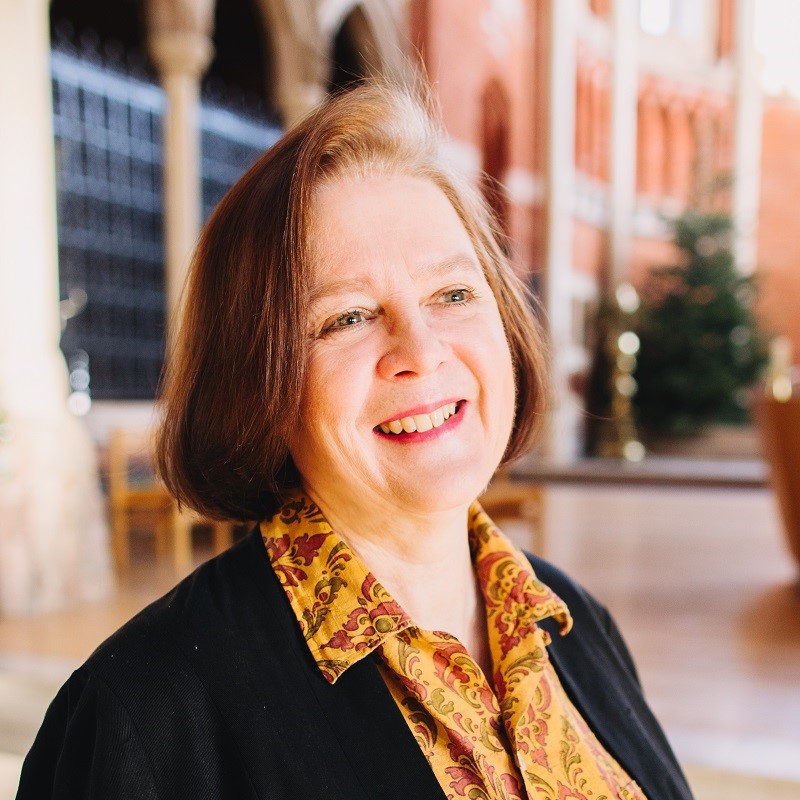 Soprano Ruth Holton studied music at Clare College, Cambridge where she was a choral exhibitioner. Her early recordings of Bach’s St John Passion and cantatas established her as a leading baroque soloist. Her concert and recording schedule has included the major oratorios of Bach, Handel, Purcell, and Masses by Haydn and Mozart. She has recorded all the Bach cantatas with the Holland Boys Choir under Peter Leusink. She has sung for Sir John Eliot Gardiner with the Monteverdi Choir, the Orchestra of the Age of the Enlightenment, Amsterdam Baroque, Fretwork and the Leipzig Thomanerchor.

The clarity of Ruth’s voice makes her a popular choice for contemporary music, and she has been involved in premieres of works by Steve Reich, Peter Salem, David Briggs, Howard Thomas, Guy Woolfenden and others.

In 2014 she toured Germany, England and America with the fortepianists Malcolm Bilson and Zvi Meniker in a series of recitals marking CPE Bach’s 300th anniversary. She sang the Verdi Requiem in Worcester Cathedral in 2014, and Vaughan Williams Sea Symphony in Wells Cathedral. In recent years she has given performances of Strauss Four Last Songs, Howells Hymnus Paradisi, Rutter Magnificat and Requiem and Poulenc Gloria.

Ruth is the organist and Director of Music at All Saints West Dulwich, where she has directed Bach’s St John Passion and Handel’s Messiah. In 2014 she founded the community choir Sing4ALL and in November 2018 her setting of Vera Brittain’s Roundel was premièred by the Opus XVI Chamber Choir in London to mark the centenary of the Armistice.