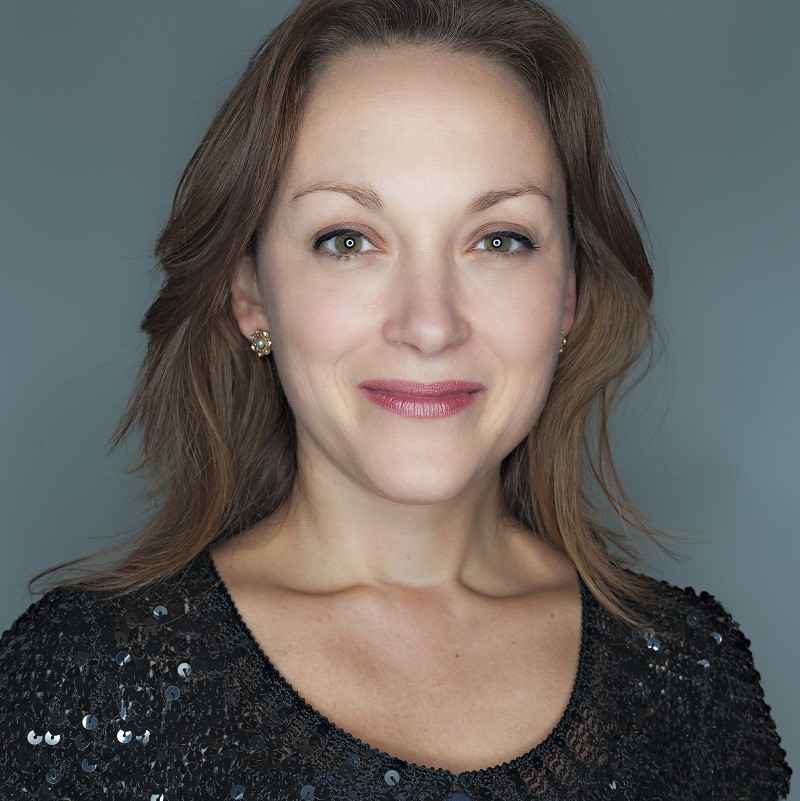 "Soprano Kirsty Hopkins, most true in timbre, is very touching in the setting of Christina Rossetti’s ‘Song of Mary Magdalene’, her gorgeous voice endearingly caressing Goodall’s lovely new setting of ‘When I survey the wondrous Cross’"

"stealing the show was Kirsty Hopkins, her Ruth a peroxided, anguished victim, noble ultimately as she delivered her poignantly sung farewell"

"Kirsty Hopkins's lovely performance of the Peruvian girl Orazia's love song to the Mexican warrior Moctezuma ('They tell us that your mighty powers above') reminds us that it ranks among Purcell's most rapturous operatic creations".

Soprano Kirsty Hopkins read Music at Manchester University and then continued her post-graduate vocal training at Trinity College of Music in London (now Trinity Laban Conservatoire of Music and Dance) where she won the Elizabeth Schumann Lieder Prize.  She now enjoys a versatile career performing all over the world with some of today’s most exciting and renowned conductors and ensembles.

Passionate about being on the stage, Kirsty’s recent work includes immersive show The Apple Tree for OAE Tots and reworkings of Purcell King Arthur and The Fairy Queen for school children for OAE Education; Rumbled by John Barber and Hazel Gould at Wigmore Hall; soprano soloist in The Sixteen and Streetwise Opera’s The Passion – a fully staged shortened version of Bach’s St Matthew Passion receiving rave reviews and broadcast on BBC4; the title role in John Barber and Hazel Gould’s new opera The Nightingale in Aldeburgh; playing Ruth Ellis, the last woman to be hanged in the UK, in Charlotte Bray’s new opera Entanglement; Betrayal, I Fagiolini’s murderous fusion of renaissance music and contemporary dance; Thomas Tallis at The Sam Wanamaker Playhouse at Shakespeare’s Globe (as part of a soloist consort from The Sixteen); the title role in Sally Beamish’s new chamber opera Hagar in the Wilderness which premiered at Presteigne Festival; onstage singer for Rambert in their new ballet Labyrinth of Love with music by Michael Daugherty; Asphodéle in Chabrier L’Etoile for Sir John Eliot Gardiner at Opéra Comique in Paris and the title role in a semi-staged production of Purcell Bonduca for OAE at King’s Place, London.

Kirsty features on several recordings including Howard Goodall’s Invictus: A Passion, Monteverdi Vespers for OAE; Purcell Indian Queen for Harry Christophers and Handel at Vauxhall Volume 1 for London Early Opera . Television performances include recent appearances on Charles Hazelwood’s The Birth of British Music, The Sixteen’s Sacred Music at Christmas and The Passion on BBC4.

Future plans include a community opera for OAE throughout the UK, recording more Purcell for Harry Christophers and The Sixteen with performances at Wigmore Hall and a collaboration with Rautio Piano Trio performing arias by Mozart.