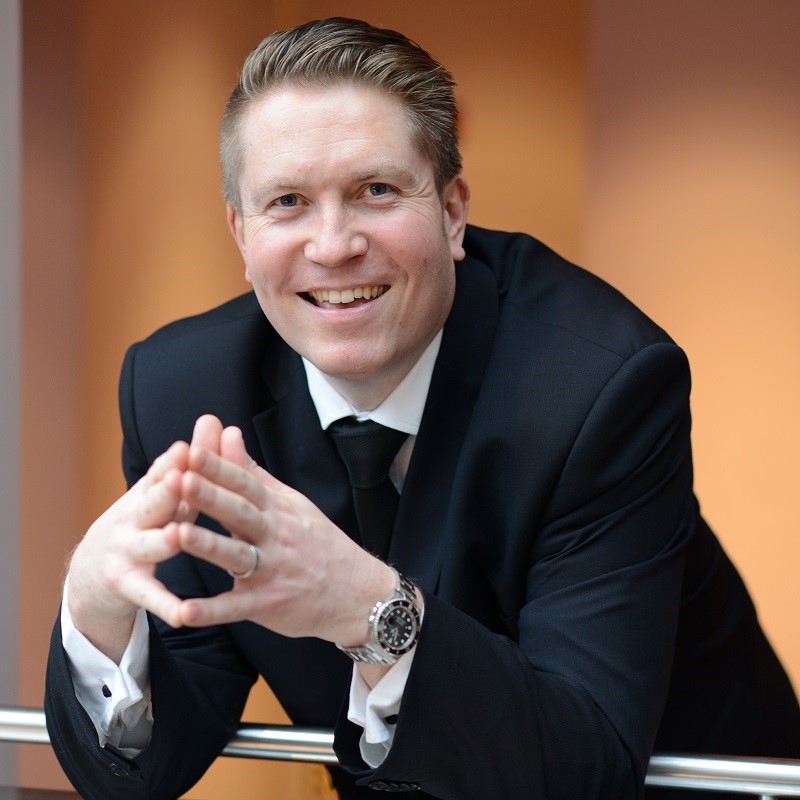 English tenor, Matthew Minter, was educated at The Windsor Boys’ School where he excelled in Music. His undergraduate studies in Music were at Salford University, after which he continued to study singing with Nicholas Powell at the Royal Northern College of Music.

Renowned for his versatility as a soloist, Matthew is in demand throughout Britain and on the international concert platform where he has received critical acclaim for his communication, delivery, and clarity of text: “When Matthew Minter sang we were transported to a heavenly place.”

Matthew works regularly with many of Britain’s leading orchestras, including The English Symphony Orchestra, Northern Sinfonia, Royal Liverpool Philharmonic Orchestra, Royal Philharmonic Orchestra, and has had the privilege of working under the direction of such distinguished conductors as Pierre Boulez, Sir John Eliot Gardiner, Bernard Haitink, Richard Hickox and Sir David Willcocks.

In 2013 Matthew performed and recorded a Mass of Reverence and Devotion written especially for his voice by the composer Daniel Gillingwater which continues to be enthusiastically received by audiences. Away from the oratorio concert platform, Matthew has made numerous broadcasts as a soloist for BBC radio and television. He has performed extensively with the BBC Singers over the past 25 years and was a member of the Netherlands Radio Choir for almost five years. Matthew continues to work with many other vocal ensembles, recording for radio, television and film.

Recently Matthew became a Vicar Choral at Wells Cathedral where he enjoys singing on a daily basis.

Selected career highlights to date include a gala concert performance in the presence of the current Prime Minister of Great Britain, singing at a private party for the Duchess of York and various members of the British Royal Family, and notably appearing on the BBC’s Top Gear performing O Sole Mio whilst being driven in a Maserati sports car by the seven time Formula1 world champion Michael Schumacher!