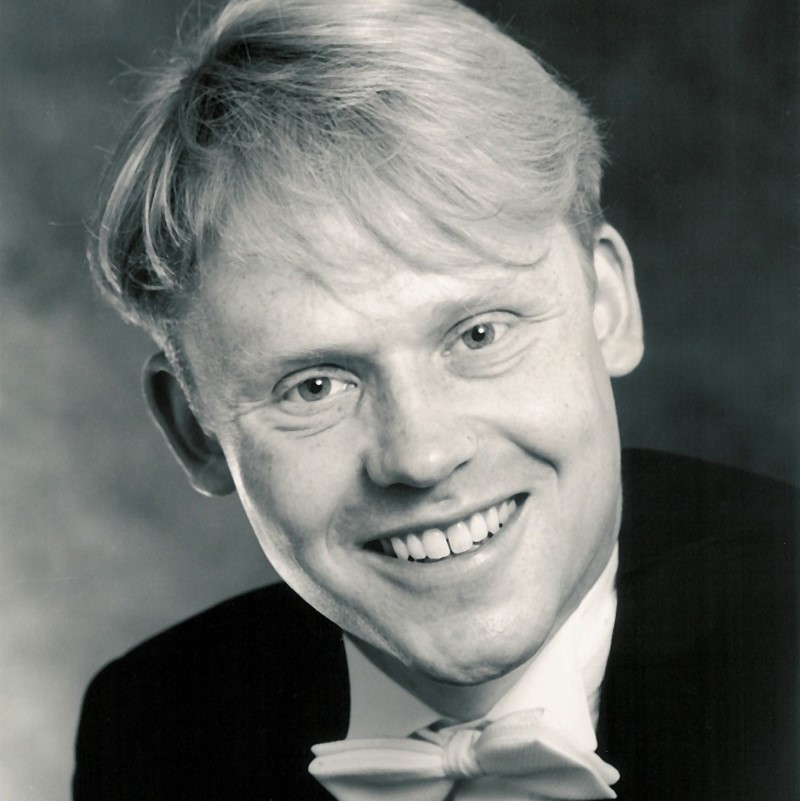 “Julian Stocker gave an impressive performance of this work”.

Julian Stocker was born in London, and spent his early years in Highgate and then Cambridge where he was a chorister at St John’s College. He later studied at York University where he gained a BA Honours degree in Music.  His career involves a mixture of concert and recording work both as a soloist and choral singer, as well as performing in Opera and Musicals.

As an oratorio soloist he has a wide repertoire ranging from early works such as Monteverdi’s 1610 Vespers which he performed live on Radio 3, to Twentieth Century music such as Britten’s Saint Nicolas and Arvo Pärt’s Passio.  In the world of contemporary music, he has premiered works by Michael Finnissy, Robin Holloway, Roxanna Panufnik (BBC Proms), sung the part of St George in Karen Wimhurst’s Dragon Pageant with the Bournemouth Sinfonietta, and recently appeared in the Edinburgh Festival performing new works by Lynn Plowmann and Cheryl Frances Hoad.

Musical, theatrical and operetta roles have included Fulbert in Kendal Kirkland’s Eloise and Abelard at the Southwark Festival, Nanki Poo in The Mikado,  Orpheus in Orpheus in the Underworld (Offenbach) and the Defendant in Trial by Jury, whilst in modern opera he was the Samurai Warrior in Alejandro Vinão’s Rashomon, premiering the work at Gothenburg and Karlsruhe Opera houses and throughout Europe.  Other operatic roles have included Belmonte and Pedrillo in Mozart’s Abduction from the Seraglio (Holland Park Opera), Caspar in Menotti’s Amahl and the Night Visitors (Windsor Castle), Rudolfo in Puccini’s La Boheme (Park Opera) and Don Jose in Carmen (WEOS). In 2013 he performed Britten’s church parables at the Aldeburgh festival, St Petersburg, and Buxton festival with Mahagony Opera under the direction of Frederic Wake-Walker and Roger Vignoles. He has also worked extensively in France for Opera de Bordeaux, Montpellier, Festival d’Aix-en-Provence, and Opera de Nice.

As an experienced recording artist he has appeared on several award winning discs, most notably with The Cardinall’s Musick, recording the entire works of William Byrd.  He has featured on discs for Westminster Abbey, The Sixteen and Minerva Scientifica and has taken part in numerous recordings for Opera Rara, The Gabrielli Consort, and Westminster Cathedral Choir.  He has also given song recitals in French and English song and German Lied.

He appears regularly with the BBC Singers, The Tallis Scholars, The Academy of Ancient Music, The English Concert, Opus Anglicanum, and Electric Voice Theatre and is a full-time singer with Westminster Abbey choir where he has sung since 1999.  Choral highlights have included Brahms Requiem under Sir Simon Rattle, The Last Night of the Proms under Sir Andrew Davies (2018) and singing at the Royal Wedding of the Duke and Duchess of Cambridge.

Future engagements include Mozart’s C Minor Mass and singing the role of The Evangelist in Bach’s St John Passion with Westminster Abbey Choir (2019).