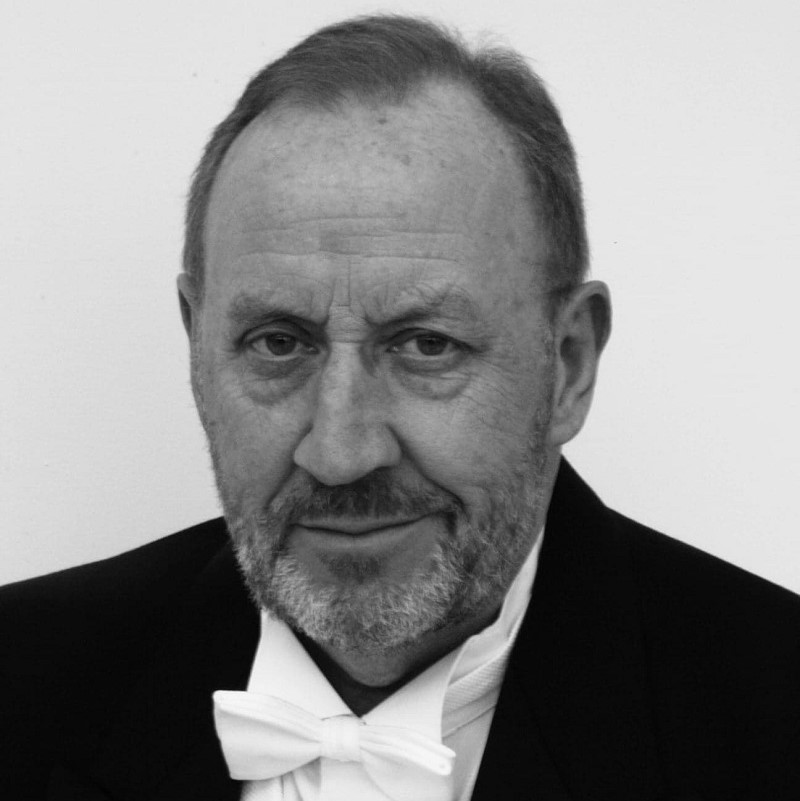 Richard Reaville, LTCL – Tenor is renowned for his extensive repertoire and versatility. He began singing with Thelma Gilmore in Suffolk and entered the Royal Northern College of Music in 1982 to study with John Cameron and later in London with Iris Dell’Acqua and Nino Di Stefani in Brussels.

Richard is in demand throughout Europe performing a wide range of concert and oratorio repertoire. His engagements include work with the BBC Philharmonic Orchestra, the English String Orchestra, the Danish Radio Orchestra, the Orchestre Philharmonique de Lorraine, the Kuopio and Jyväskylä orchestras of Finland, the Arhus and Randers Orchestras of Denmark, the Örebro Orchestra of Sweden, and the Belgium National Orchestra. Works have included Mahler’s Das Lied von der Erde, Verdi’s Requiem, Beethoven’s Ninth Symphony, the Evangelist and arias in both of the Bach Passions, Monteverdi’s Combattimento di Tancredi e Clorinda performed at the Purcell Room, Britten’s Serenade for Tenor Horn and Strings performed with The Ensemble Orchestral de Paris, Elgar’s Dream of Gerontius, and the world première of Anthony Girard‘s Le Rêve est notre espoir with l’Ensemble Orchestral de Paris and much of the standard repertoire of Handel, Haydn and Mozart including a performance of Handel’s Messiah with the Händel Förderverien in Halle, Germany in celebration of Händel’s birthday.

Radio and TV broadcasts include Britten’s Billy Budd for BBC2 Television, Danish Radio in a performance of Rossini’s Petite Messe Solennelle, Finnish Television in a programme of opera arias and duets also featuring Karita Mattila and Britten‘s Serenade for Tenor, Horn and Strings with the Norwegian Radio Symphony Orchestra. Recordings are Britten’s Billy Budd for a BBC DVD, Puccini’s Messa di Gloria with the Jihlava Choir and Ostrava Orchestra of the Czech Republic and Stuart Ward‘s A celebration of Gods, recorded with the Divertimenti of London.

Future engagements include work with Welsh National Opera in From The House Of The Dead, Janacek and with the Royal Opera House Covent Garden in Britten’s Billy Budd.